Thank you to all attendees and sponsors of the Executive Economic Summit in Silicon Valley!

This high profile invitation-only Summit provides unprecedented access to some of the nation’s most compelling business and marketplace thought leaders, CEOs, entrepreneurs, philanthropists, investment groups, financial professionals and policy makers. It will be attended by those with a desire to learn better strategies for capital expansion, including how to seek large-scale investments in minority-owned businesses.

Barriers to capital access have historically and disproportionately affected African-American owned firms and other Minority Business Enterprises. As part of the CBCF’s minority business development and entrepreneurship initiative, the Economic Executive Summit series will address:

Strategic partnerships: Strengthen partnerships across the government, business and financial services sectors with the goal of identifying strategies and initiatives aimed at ensuring minority access to capital. 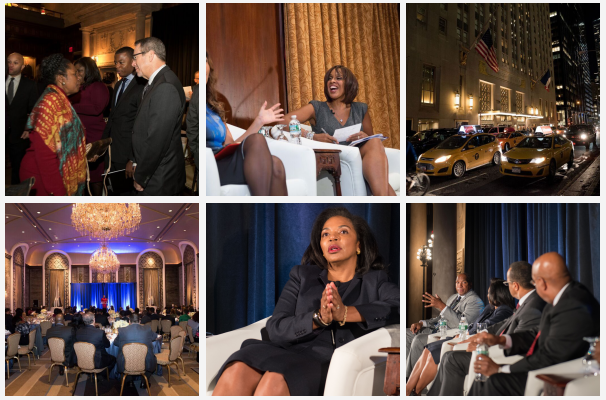 The CBCF Executive Economic Summit series heads to Berkeley, California. Building on the inaugural Summit, part two in the series will focus on Capital Wealth Creation in Business and Technology. The CBCF will bring together experts across the finance, technology and public-policy spheres to systemically develop national strategies aimed at assisting minority-owned businesses gain access to capital, contracts and markets.


Individuals interested in learning more about the CBCF Executive Economic Summit series should submit an application online. Each application will be considered within the context of the overall balance of Summit attendees with respect to the industry/source market and participant type, such as investor and/or economic empowerment organization. As space is limited, we may not be able to accommodate all requests.

Please note: Invitations to the Summit are non-transferrable.
CBCF maintains this ideal event size to foster engaging discussions and networking focused around this unique interactive segment.

We have an exciting line up of dynamic speakers from various industries.

Reed Hastings co-founded Netflix in 1997. In 1991, Reed founded Pure Software, which made tools for software developers. After a 1995 IPO, and several acquisitions, Pure was acquired by Rational Software in 1997. Reed is an active educational philanthropist and served on the California State Board of Education from 2000 to 2004. He is currently on the board of several educational organizations including CCSA, DreamBox Learning, KIPP, Pahara, and the Hispanic Foundation of Silicon Valley.Reed is also a board member of Facebook, and was on the board of Microsoft from 2007 to 2012. Reed received a BA from Bowdoin College in 1983, and an MSCS in Artificial Intelligence from Stanford University in 1988. Between Bowdoin and Stanford, Reed served in the Peace Corps as a high school math teacher in Swaziland. Reed is married with two children.

For fifteen years Cheryl Hurd has been an NBC Bay Area reporter and can be found the NBC evening newscasts. Cheryl has been honored with an award from the Bay Area Black Journalist Association. She was nominated for an Emmy by the National Academy of Television Arts and Sciences San Francisco for her breaking news report on Occupy Oakland in 2012 and the freeway collapse in April 2007.She was also the first to report about the BALCO steroid scandal that rocked the sports world in 2003. She was the first TV reporter to interview former NBA All-star Latrell Sprewell after he choked his coach in 1997. Cheryl is one of the founding members of Friends of Faith, a non-profit that raises money for women diagnosed with breast cancer in the East Bay. Cheryl is married and has two dogs, Penny and Stripe. She graduated from California State East Bay.

John Burnett is a financial industry professional with over 20 years of experience and has held leadership roles at Citi, McGraw-Hill Financial, Merrill Lynch and Morgan Stanley. John translates his professional experience into civic activism, lending his time to several community-based organizations and advising entrepreneurs of tomorrow. John is deeply involved in politics in his home town of New York City, where he ran for city Comptroller and is a state GOP official.John writes on various issues, including economics, finance, politics and small business. He is a regular contributor to Black Enterprise and The Street. He also has a blog at the Huffington Post. John holds a B.S. with honors in Leadership and Management Studies from New York University, and is the recipient of a Founders’ Day University Honors Scholar Award. He also holds a MBA from The Johnson School of Management at Cornell University.

Two-term Mayor of San Francisco, legendary Speaker of the California State Assembly, and widely regarded as the most influential African-American politician of the late twentieth century, Willie L. Brown, Jr., has been at the center of California politics, government, and civic life for an astonishing four decades. His career spans the American Presidency from Lyndon Johnson to George W. Bush, and he’s worked with every California Governor from Pat Brown to Arnold Schwarzenegger.From civil rights to education reform, tax policy, economic development, health care, international trade, domestic partnerships, and affirmative action, he’s left his imprimatur on every aspect of politics and public policy in the Golden State. Today, he heads the Willie L. Brown, Jr., Institute on Politics and Public Service, where this acknowledged master of the art of politics shares his knowledge and skills with a new generation of California leaders.

Aisha Bowe is the co-founder and CEO of STEMBoard, a technology solutions company that specializes in defense and intelligence systems. Aisha leads development, expansion and management of STEMBoard’s multi-million defense-contracts and private sector clients. Prior to STEMBoard, Bowe was an Aerospace Engineer at the NASA Ames Research Center where she focused on miniaturized satellites and aircraft.Bowe holds a B.S.E in aerospace engineering and a M.Eng in space systems engineering, both from the University of Michigan. She has received numerous awards for her dedication to technical excellence and the principles of diversity and opportunity including the 40 Under 40: Tech Diversity – Silicon Valley, United States Women’s Chamber of Commerce Emerging Star Award, NASA’s Engineering Honor Award, and The National Society of Black Engineers Twenty-First Century Trailblazers in Aviation and Aerodynamics Award. She is a member of the NASDAQ Young Executive Advisory Board, National Society of Black Engineers, American Institute of Aeronautics and Astronautics.

Van serves as the Senior Advisor to the National Director at Minority Business Development Agency (MBDA), where he advises the National Director and senior management of the Agency with operations; access to capital policies, markets entry programs, and innovation strategies for the 44 business centers across the country. Van facilitates the Agency’s strategic partnerships and spearheads Congressional and local government outreach.Van began his career at General Motors (GM) as a Manufacturing Engineer, eventually transitioning to Production Supervisor at GM’s parts distribution center in Pontiac, MI. Subsequently, he landed a position at UBS Investment Bank in London, UK, as a Business Analyst in the Office of the Global General Counsel. After, he joined the President Obama’s Campaign staff in Cleveland, OH, for the 2008 and 2012 election cycles, which launched him into the Administration. Van holds a B.S. in Mathematics from Morehouse College and JD from Southern University Law Center.

Charles Hudson is the Managing Partner with Precursor Ventures, an early-stage venture capital firm focused on investments on investing in strong teams in the business to business and business to consumer software markets. Prior to founding Precursor, Charles was a Partner with SoftTech VC, one of the most active seed stage investors in Internet and mobile startups. Hudson holds a BA in Economics and Spanish from Stanford University and an MBA from the Stanford Graduate School of Business.

Hamet Watt is a Venture Partner at Upfront Ventures, the largest and most active VC firm in Southern California. He is also Co-Founder and Chairman of bLife, a wellness innovation company, and Co-Founder and Chairman of MoviePass, a subscription service for movies in theaters.Previously, Hamet was an entrepreneur-in- residence at True Ventures, after exiting another company that he founded called NextMedium (acquired by Brand Affinity Technologies.)Prior to founding NextMedium, Hamet advised Nielsen Media Research in developing the first product placement measurement service for network and cable television. Hamet was also a General Partner in the New Africa Opportunity Fund, the first US-backed venture fund investing in post-apartheid South Africa. Hamet has received numerous awards for technology innovation and entrepreneurship and was named by Business Insider Magazine one of 2014’s “46 Most Important African-Americans in Technology.” He received a BS from Florida Agricultural and Mechanical University.

Erik Moore is the founder and Managing Director of Base Ventures. He was among the first to invest in Zappos in 1999, which Amazon purchased for $1.2 billion. For 15 years, Erik worked as a Merrill Lynch bond trader by day and an angel investor by night. Erik realized he could do more by investing in young entrepreneurs full-time. Erik brings to Base Ventures—his passion for innovation, an impressive investment track record, business experience as the co-founder of Flick Launch, and the connections to open doors.Erik earned a B.A. from Dartmouth College, an MBA from the Wharton School, and concurrently, an MA in French from the University of Pennsylvania. Erik is deeply involved in his community. He serves on the board of the East Bay College Fund, mentors at-risk youth, and much more. He was recently recognized as #10 on a list of the 25 most influential African-Americans in tech by Business Insider.

Michael M. Beal is the Managing Member and CEO of Data Capital Management, LLC, a long/short quantitative hedge fund based on novel “Big Data” technologies and data feeds. He is passionate about the onset of the “data economy” and technology-driven disruption. Michael graduated from Harvard College and began his career in the Mergers & Acquisitions Group of Morgan Stanley. Following, Michael joined the Private Equity firm, TPG Capital ($30bn AUM), investing in a variety of sectors while living in San Francisco and Hong Kong.Subsequently, Michael earned his MBA from Harvard Business School. Upon graduation, Michael joined the J.P. Morgan Chase Corporate Strategy team to design a new Data Analytics Line of Business. During his tenure he gained CEO-level support and was promoted to the Head of Strategy, Finance and Controls for the new J.P. Morgan Intelligent Solutions group. Along with an experienced team, Michael teamed with a large Geneva-based Family Office to launch Data Capital Management, LLC in 2014. 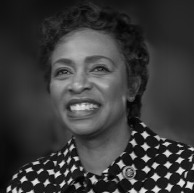 Congresswoman Yvette D. Clarke represents the 9th Congressional District of New York. In the 114th Congress, she serves on the Energy and Commerce Committee. She has also served on the Education and Labor, Homeland Security, Ethics, and Small Business committees. She has worked with community organizations to secure millions in federal support for the district and major institutions, including the Brooklyn Academy of Music, the Brooklyn Public Library, the Brooklyn Children’s Museum, and the New York State Department of Transportation.She received an “A” rating from the Drum Major Institute and TheMiddleClass.org; a 100 percent rating by Peace Action, The Brady Campaign and the American Civil Liberties Union; and an “A+” rating from the Institute of Policy Studies. She was also named After-School Hero by The After-School Corporation. Congresswoman Clarke graduated from Oberlin College, was a recipient of the APPAM/Sloan Fellowship in Public Policy and Policy Analysis, and holds an honorary Doctorate Law Degree from St. Francis College.

There are numerous ways to support the CBCF and our Executive Economic Summit Series. For sponsorship opportunities, please view our sponsorship guide and contact our Resource Development Team for more information:
Email: RD@cbcfinc.org
Phone: 202-263-2810 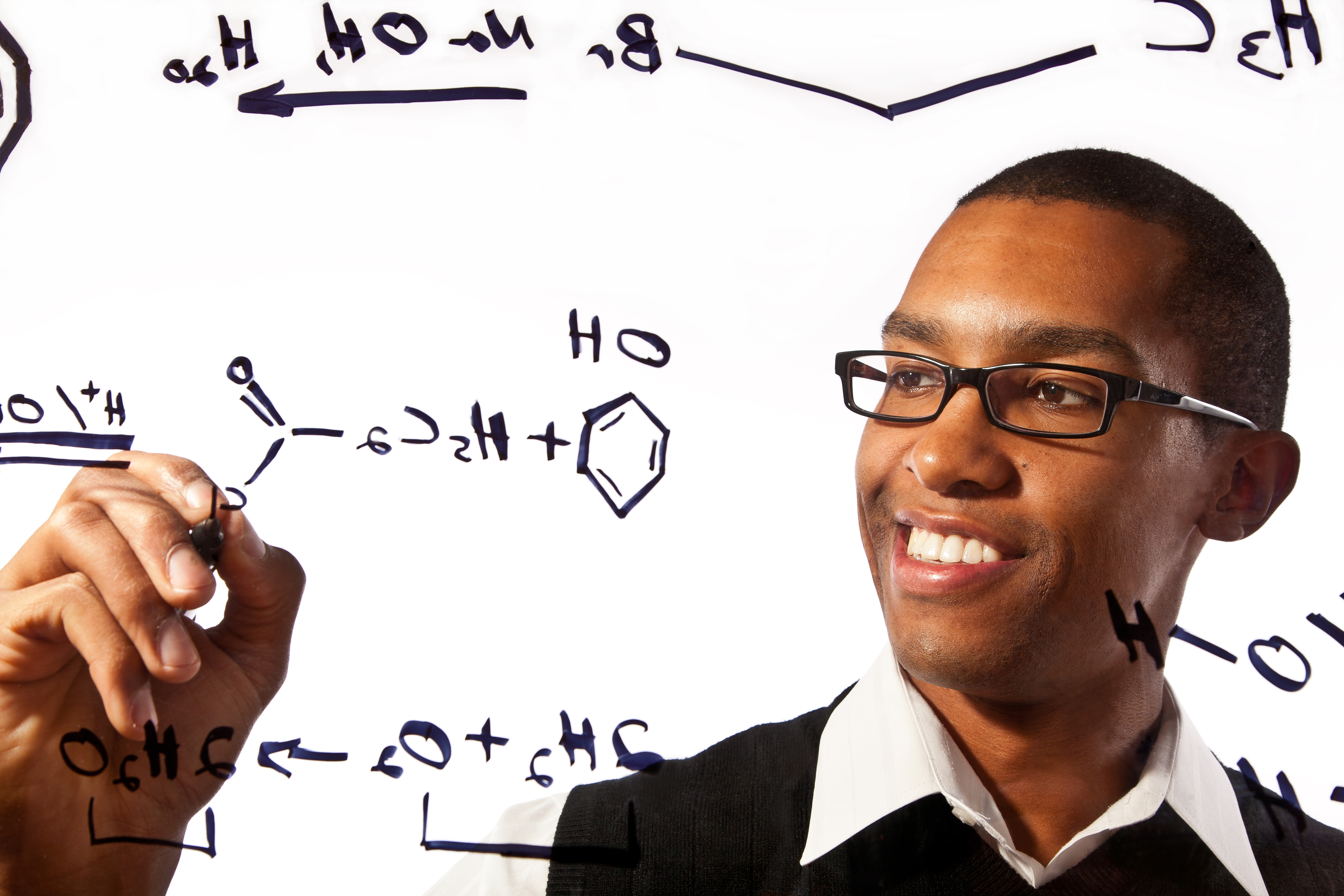 Note to All Summit Attendees

CBCF Photo/Video Release:
By attending the Executive Economic Summit, you authorize the Congressional Black Caucus Foundation, Inc., (CBCF) to use the following personal information:
(1) Your picture – including photographic, motion picture, and electronic (video) images.
(2) Your voice – including sound and video recordings. 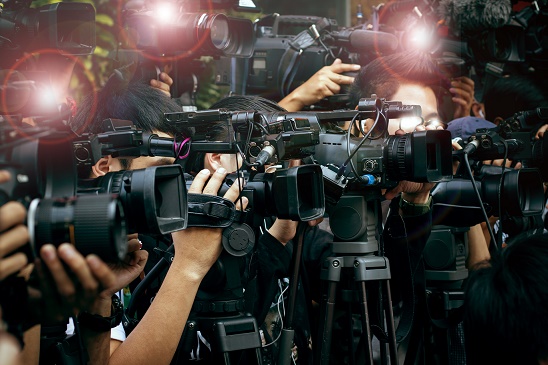