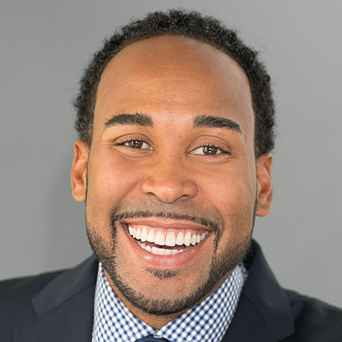 David Johns is the executive director of the National Black Justice Coalition (NBJC)—a civil rights organization dedicated to the empowerment of Black lesbian, gay, bisexual, transgender and queer (LGBTQ) people, including people living with HIV/AIDS. NBJC’s mission is to end racism, homophobia, and LGBTQ bias and stigma. In 2013, Johns was appointed as the first executive director of the White House Initiative on Educational Excellence for African Americans (Initiative) by President Barack H. Obama and served until the last day of the Obama Administration in January, 2017. Prior to his White House appointment, Johns was a senior education policy advisor to the Senate Committee on Health, Education, Labor and Pensions (HELP) under the leadership of U.S. Senator Tom Harkin (D-Iowa). Before working for the Senate HELP Committee, Johns served under the leadership of the late U.S. Senator Ted Kennedy (D-MA). Johns also was a Congressional Black Caucus Foundation Fellow in the office of Congressman Charles Rangel (D-NY). Johns has worked on issues affecting low-income and minority students, neglected youth, early childhood education, and Historically Black Colleges and Universities (HBCUs). His research as an Andrew W. Mellon Fellow served as a catalyst to identify, disrupt and supplant negative perceptions of black males—both within academia and society. Johns is committed to volunteer services and maintains an active commitment to improve literacy among adolescent minority males. Johns has been featured as an influential politico and advocate by several publications and outlets, including TheRoot.com, NBC, EBONY and The Washington Post.  Johns is a prominent strategist who offers commentary for several media outlets including BET, CNN, EducationPost and TV One. David is currently pursuing his Ph.D. in sociology and education policy at Columbia University. Johns obtained a master’s degree in sociology and education policy at Teachers College, Columbia University, where he graduated summa cum laude while simultaneously teaching elementary school in New York City. He graduated with honors from Columbia University in 2004 with a triple major in English, creative writing and African American studies. Johns was named to the Root100 in both 2013 and 2014, selected as a member of the Ebony Power 100 in 2015, and received an early career award from Columbia University, Teachers College in 2016.