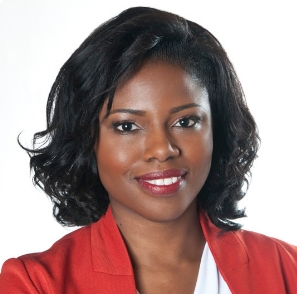 Dr. Judy Lubin is a nationally recognized thought leader, researcher, and change catalyst with over 20 years of experience working at the intersections of racial equity, social policy, and public health. Drawing on her deep belief in the power of everyday people to transform systems and institutions and build just and sustainable communities, she has dedicated her career to working nationally and locally to drive meaningful change across sectors including health, housing, urban planning and community development.

Since 2003, Dr. Lubin has served as founder and president of the Center for Urban and Racial Equity (CURE), whose mission is to partner with people and organizations to advance equity through policy, systems, institutional, and community change. Since its inception, Dr. Lubin and her team have advocated for racial equity as a core value and process for developing and assessing public policies, work environments, and community program and services. She has advised and led equity-centered programs, assessments, trainings and transformation processes with organizations and government agencies including the DC Office of Planning, U.S. Department of Health and Human Services (DHHS), Reinvestment Fund, ZERO TO THREE, Vera Institute for Justice, and numerous housing and community development organizations. As an agent of change, CURE released the 2020 Racial Justice Presidential Scorecard rating major candidates on their policy positions related to racial equity, prompting several Democratic campaigns to request evaluations of their policy proposals to improve their rankings.

Dr. Lubin previously served as health equity strategist for the New Orleans Health Department, director for Allies for Reaching Community Health Equity, and communications director for national organizations including the Black Women’s Health Imperative and WomenHeart: The National Coalition for Women with Heart Disease. Committed to promoting women’s heart health and wellness, Dr. Lubin is also the author of The Heart of Living Well: Six Principles for a Life of Health, Beauty and Balance and recipient of the General Mills Foundation’s Cheerios Sisters Saving Hearts award for her Heart and Style initiative to prevent heart disease among Black women. She is also a former Congressional Black Caucus Foundation public health fellow.

She is frequently called upon by media for her expertise on race, politics, health and social policy and was a regular contributor to the Huffington Post. Dr. Lubin has been featured in national media outlets such as CNN, BET, Ebony, Essence, The Hill, The Wall Street Journal, NPR, The New York Times, CityLab and MarketWatch. As a sought-after speaker, she presented at TEDx Mid Atlantic and has spoken at the White House, in addition to many other nationwide appearances.

Since 2015, she has served as an adjunct professor for Howard University’s Department of Sociology, where she’s led community-centered urban research initiatives funded by the National Park Service. Prior to that, she served as a professorial lecturer at American University.

A second-generation Haitian American, Dr. Lubin grew up in Miami’s rich cultural milieu of immigrants from the Caribbean and Central and South America. This experience profoundly shaped her sense of justice, equity, and appreciation of the beauty and humanity of all people.