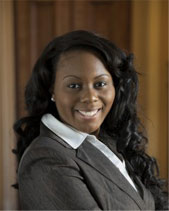 May 17, 2015 marks the 61st anniversary of the groundbreaking decision rendered in Brown V. Board of Education. The Supreme Court headed by Chief Justice Earl Warren overturned the decision in Plessy V. Ferguson (1896), which upheld the constitutionality of racial segregation of public facilities under the doctrine of “separate but equal.” Brown V. Board of Education will always be significant in that it was able to illustrate the meaning of the equal protection clause of 14th amendment and prove that separate was in fact inherently unequal.