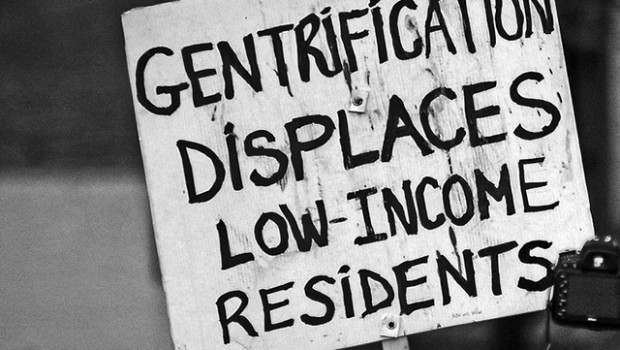 Today, housing in D.C. is not affordable for all of D.C.’s residents. Many minorities and working class adults find it hard to keep up with the ever increasing housing prices in the District. Many minority residents of newly redeveloped neighborhoods are being forced out of D.C. due to skyrocketing housing prices. Forced gentrification and the decrease in the numbers of Black residents able to afford their housing is a definite problem for many. It’s common knowledge that there are two different D.C.s, one inhabited by younger newcomers with disposable incomes who live in luxury condos and another in which many longtime residents struggle to find decent jobs and affordable housing. Many Black D.C. residents live on meager incomes, less than $25,000 a year for a family of four.

Much has been going on, as of late, to refurbish lower income neighborhoods and abandoned buildings in the city. Many buildings that have gone uninhabited for years are now being remodeled and turned into multimillion dollar condominium development projects. However, with all of this neighborhood renewal comes the unfortunate fact that much of the city is being redeveloped without deeper thought to its affordability to the disadvantaged.

For years, much of the city has been plagued by instances of high rates of crime and vandalism. However, for a city that hopes to have a rebirth and a brighter future, there have been no provisions made to meet the needs of its growing minority citizenry. In Southeast, Northwest, and Northeast, where there were once blighted buildings, many new white residents inhabit new condominium buildings in communities with many minority residents that struggle to make ends meet. The gap between the wealthy and the poor in the city is growing and what appears to be renewal in the city may not be what it appears to be. The city is in need of fairer housing legislation that helps working families to succeed and not fall through the gaps.