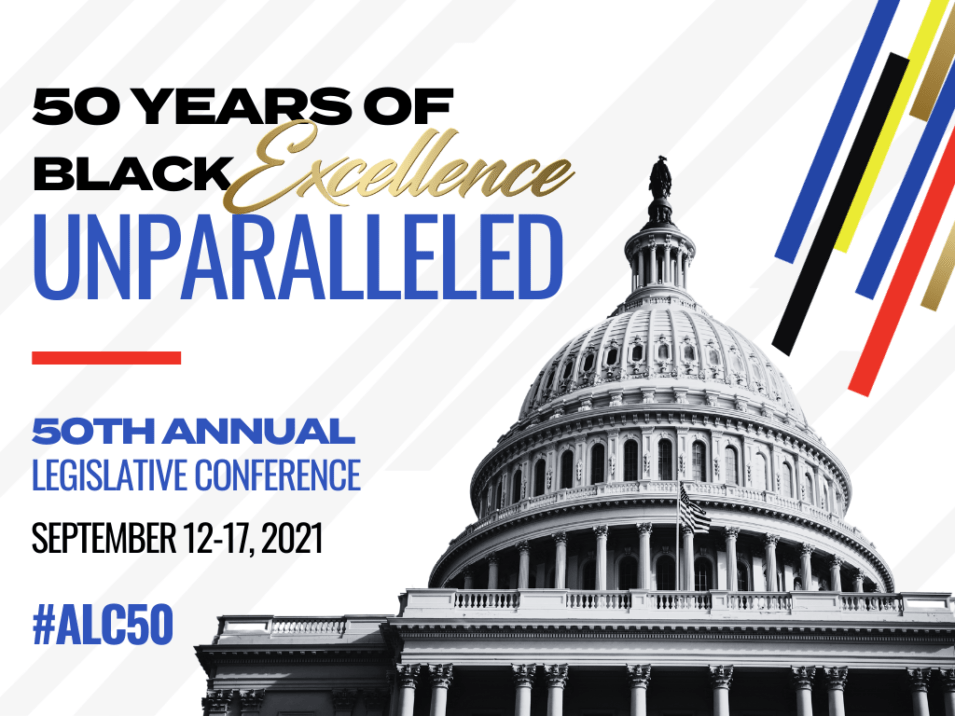 This year’s ALC theme, “50 Years of Unparalleled Black Excellence,” reflects the courage, vision, and boldness of the Congressional Black Caucus (CBC) and its national and international impact.

The year the CBC was founded—1971—was an inflection point in our nation’s journey: the NASDAQ was formed, Apollo 14 landed on the Moon and one of the biggest anti-war protests would take place, among several other important events.

Even the “Fight of the Century” between the legendary Muhammad Ali and Joe Frazier happened in 1971.

Enter the 13 founding members of the CBC, recognizing the need for a formal organization to strategize about the issues of the day, both domestically and beyond our borders. The CBC was “thinking globally and acting locally” before it was “cool.”.

Smart, strategic and at times, defiant, the CBC leveraged its power early on to maximize Black legislative and policy interests, giving it a well-deserved reputation as one of the most effective caucuses on Capitol Hill Unparalleled. And today, the CBC stands 57 members strong, representing more than 17 million people.

Rooted in the Civil Rights Movement and shaped by decades of domestic and foreign policy shifts, the CBC is primed and ready to take on the next 50 years on a range of issues and policies that affect the African American community, from voting rights, economic empowerment and police accountability to issues foreshadowed 50 years ago such as technology and climate change. The CBC has served as the Conscience of the Congress over its remarkable 50-year legacy. It is precisely this legacy that enables, guides, and equips us with the unique perspective on the adversities we face as we not only survive but thrive in 2021.

And the CBCF will be with them in solidarity, playing our position to advance the global Black community.  We make a terrific team.

Now that we’ve defined the ALC and delved into this year’s ALC theme, come back for a sneak peek at how we’re getting ready for ALC. You won’t want to miss this behind-the-scenes look at how we get the job done!