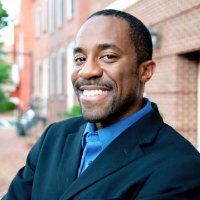 The combination has created many a successful business in the last 10 years. Travis Kalanick and Garrett Camp worked together to find the ridesharing app Uber in 2009, which currently operates in 58 countries and 300 cities worldwide and has propelled Kalanick to a net worth of 6.2 billion dollars. Robin Chase and Antje Danielson co-founded ZipCar, a car-sharing company that now operates 10,000 vehicles and has over 900,000 customers. Other successful companies like Lyft and Car2Go also illustrate the impact of this combination.

Many African-Americans leverage rideshare companies like Uber and Lyft to provide extra income in addition to their full time jobs. According to a survey released by the Benenson Strategy Group, nearly 69 percent of Uber drivers have a full-time job, 50 percent of drivers work for Uber less than 10 hours a week, and 24 percent of all Uber drivers are African-American.[i] Many people have attested to the fact that having another stream of income enhances the ability to gain wealth; that income is often used to invest, save, or engage in other wealth building activities. However, the lack of African-Americans in the tech space has hindered those looking to become more than drivers, but creators. According to 2011 Census data, only 6 percent of tech workers are African-American, so there are very few people with the capacity and the ability to develop the next Uber or Lyft.

Another wealth-building opportunity in the transportation sector is through the ownership of businesses that operate in manufacturing, building, maintaining, repairing, and operating the country’s transportation network. The U.S. Department of Transportation has provided funding and compliance support in the previous three transportation bills – the FAST Act, MAP-21, and SAFETEA-LU – for minority business enterprises and disadvantaged business enterprises (MBE/DBEs). Providing this support has been key for African-American entrepreneurs to be competitive in the transportation infrastructure environment. More recently, the Department has implemented a Contracting Initiative Pilot Program to train local residents to build and repair transportation infrastructure. Ultimately, as African-American residents are trained in construction, and then potentially work in African-American owned construction firms, the cycle of wealth within the community can be built and maintained.

We see that both in the technology and the construction spaces that attaining wealth in the African-American community through transportation can be achieved. It will require innovative creators and support from large institutions such as the Department of Transportation, Minority Business Development Agency, and the many Black State Chambers of Commerce. Through a concerted effort by all parties, building a pipeline of successful, wealthy African-Americans in the transportation space can be realized.