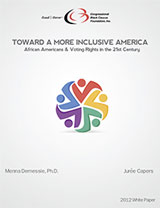 In this past week, rappers “Lil Wayne” and “Future” of Epic Records released what is being called by the label an “unauthorized remix” version of a song called “Karate Chop”, where “Lil Wayne” contributes a line stating, “beat that
p—y up like Emmett Till” referring to the Chicago teen who was brutally murdered in Mississippi in 1955. This hate crime against Till, committed on the grounds that he whistled at a white woman, provided major spark for the already explosive Civil Rights Movement. This horrible, unconscionable reference to the teen’s murder and death caused a public outcry to have Till’s name removed from the song, and for an apology to be issued by the record label and artists. Although Epic Records’ exec, L.A. Reid did issue an apology on behalf of the record company and artists, the artists themselves have remained silent on the issue.

With this generation of young people, artists in particular, there seems to be a huge level of disregard and disrespect of history. There seems to be a widespread sense of entitlement to so many things — as if no rules apply. While we have become accustomed to (but not at all tolerant of) the misogynistic nature of much of today’s music, this disrespectful, egregious, deprecating reference to African-American history is not only disturbing, but is in my opinion a form of “lynching our own legacy”.

Remixing ‘massa’ who now looks like us. WE have in many ways become our own “slave masters.” However, society disguises these ill acts under the First Amendment Right to Freedom of Speech or with the slapping on of labels marked “explicit lyrics”, or “parental advisory”. These terms do not at all justify, indemnify or exculpate the foul use of this reference to one of our ancestors be it by name, or erroneous placement and misuse of our beautiful images. This is not art! This is not clever! This is not “dope!” Nor, is it “fly!” This is a form of “New Millennium Willie Lynchism” that needs to be called out and I am doing it here. I am doing it now!

The “William Lynch Letter”, noted by some African scholars as a false document and urban legend, is an address purportedly delivered by a William (Willie) Lynch to an audience on the bank of the James River in Virginia in 1712 regarding control of slaves within the colony. The letter is said to be a verbatim account of a short speech given by the slave owner, in which he tells other slave masters that he has discovered the “secret” to controlling black slaves by “setting them against one another.”

According to a book by Manfred and Wendt (2011), Globalizing Lynching History: Vigilantism and Extralegal Punishment from an International Perspective lynching is defined as, an extrajudicial execution carried out by a mob, often by hanging, but also by burning at the stake or shooting, in order to punish an alleged transgressor, or to intimidate, control, or otherwise manipulate a population of people. It is related to other means of social control that arise in communities. Bottom line, lynching is murder, plain and simple.

Although, no hands were laid on anyone in this latest situation against Brother Emmett or his living family members, “words” were. In the black community, we all know these words to be more powerful than those “sticks and stones” from days of old. Words can lead to fights and death. After all, look at what an alleged “whistle” from a 14 year old boy led to. While we have already lain to rest our beloved Brother Emmett, his cousin, Airicka Gordon-Taylor, founding director of the Mamie Till Mobley Memorial Foundation continues to give voice to his legacy. It must be revered, protected, honored and respected. Never abused, misused or altered.

What has and is happening in the “new” hip-hop generation and let me include all reality television featuring “us”, is at the core an ongoing assault on black America. A media assassination where we are handing main stream media the rope and in many cases helping them pull the trigger.

We have and are in essence contributing to own demise by preying on our own legacy. It is a form of unconscious, and perhaps subconscious (internal) social intimidation, social control and social manipulation OF us, ON us, BY us. If we are not careful, if we are not more tolerating of self, more self-celebratory this will continue, not only in the music we make, but in the lives that we live and this generation’s legacies will never be lived or remembered as honorable, but lost and never realized.

23 thoughts on “Lynching Our Own Legacy: Remixing Massa’ in the NEW Hip Hop Generation”