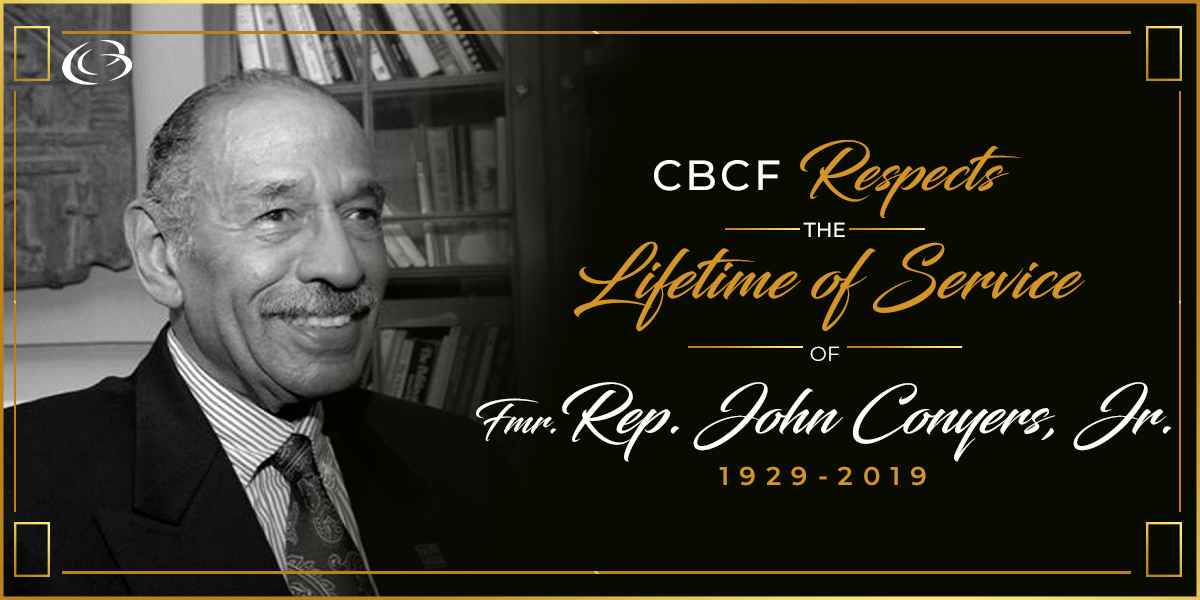 “As a member of the U.S. House of Representatives from 1965-2017, Congressman Conyers represented Michigan’s 14th District in Detroit. After more than five decades in office, he was the longest-serving African American in Congress. Before entering Congress, Rep. Conyers served in the National Guard and the United States Army Corps of Engineers during the Korean War.

“During his tenure in Congress, this champion of civil and human rights served as chairman of the House Committee on Government Reform and the House Committee on the Judiciary. He was a principal sponsor of the Voting Rights Act of 1965 and led the passage of the Martin Luther King, Jr. Holiday Act of 1983 after 15 years of struggle to find adequate support for the bill. Ironically, Rep. Conyers was endorsed by Dr. Martin Luther King, Jr. during his initial run for Congress.

“In 2016, Congressman Conyers received CBCF’s AVOICE Heritage Award in recognition of his perseverance and his continued dedication to advancing the global black community. CBCF will be forever grateful for the immense legislative and social contributions made by Congressman Conyers throughout his more than 50 years of public service. His genuine concern for and fierce persistence in serving the concerns of African Americans and the nation are his legacy and our inspiration.

“We join generations across the nation in expressing our deepest condolences to his family, friends, colleagues and constituents. May he rest well.”